An Update on the Lonely Cabin

When I write one of these history stories for my blog, I do my research, polish up my writing, and then hold my breath a moment before clicking the blue “Publish” button that will send my baby out into the world. My work may not reach much of an audience, but it provides me with an outlet for my history habit.

Occasionally, however, I get a surprise. This happened recently when, out of the blue, I received an email from a descendant of Robert and Agusta Nelson. She had stumbled across my blog (Tales from a Lonely Cabin) while researching family history. Then her sister contacted me, sending not only wonderful details of the family history but also copies of historic photos. It’s been a treat for me to make this connection.

With permission from the family, I am sharing these photos as a supplement to my earlier story. Credit for the additional family information and photos goes to Theresa Peterman. 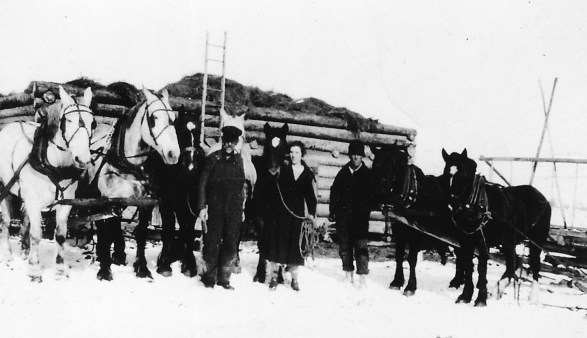 Robert Blackwood Nelson is the man on the far left.

According to Theresa, Robert Blackwood Nelson was born on March 10, 1859, in Shubenacadie, Hants County, Nova Scotia. He was in North Idaho by 1889 when he filed a declaration of intent to become a U.S. citizen. (This was necessary for anyone planning to file a homestead claim.) He was granted citizenship on May 12, 1902. 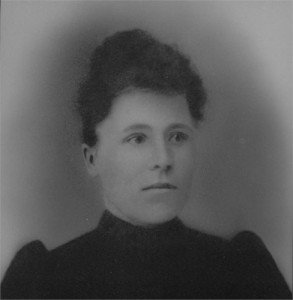 Agusta Wilhelmina Magnusson was born in Sweden. A family story says that they met when Agusta (also spelled Augusta) placed an advertisement in the newspaper, looking for work as a housekeeper, and Robert answered the ad. She and Robert married on January 31, 1895, at Garfield Bay. 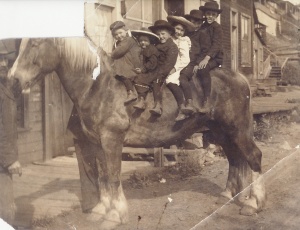 As I mentioned in my earlier story about the Nelson family, they had experienced tragedy even before Agusta’s death. While living in the Kootenai area late in 1903, Maude, a toddler just a year and a half old, wandered onto the Northern Pacific  tracks and was hit by a train. She survived despite her serious injuries. I had wondered about her life after this terrible accident, but there she is, cute as can be, sitting behind her little sister on the big draft horse. Maude later married and had twelve children and numerous grandchildren – including Theresa and her sisters. 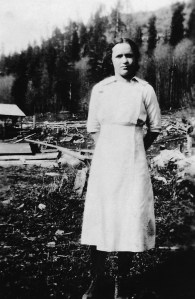 Bringing things full circle, some of the Nelson family descendants are having a family reunion this summer in North Idaho. They plan to hike into the little log cabin, built so many years ago by their great-grandfather. The sunny clearing beside the Pack River will once again fill with happy Nelson voices, and the loneliness will fade for a brief time. 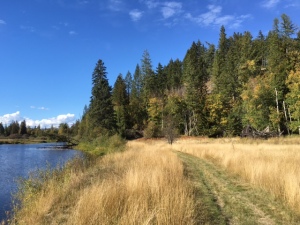 10 Responses to An Update on the Lonely Cabin